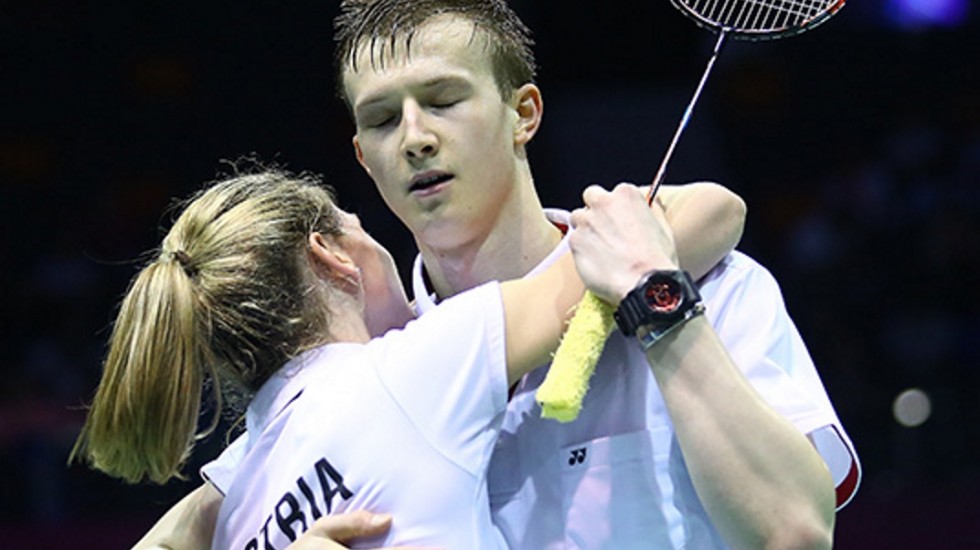 Japan overcame a tricky challenge from Chinese Taipei to top sub-group 1B with their second win in the Vivo BWF Sudirman Cup yesterday.

China too chalked up their second win, but the defending champions were in no threat from Thailand in sub-group 1A.

The Japan-Chinese Taipei tie hinged on the opening Men’s Doubles match. The evenly-matched Men’s Doubles clash was as riveting as it could get. Japan’s Hiroyuki Endo/Kenichi Hayakawa, who were below par in their first match against Russia, were on top of their game today. Trailing Lee Sheng Mu and Tsai Chia Hsin 15-19 in the first game, the Japanese hit a purple patch, returning their opponents’ blazing smashes and picking off six points in a row to steal the game. The winning momentum continued into the second game and they closed it out 21-19 21-17. Tai Tzu Ying (above) fought off five game points to overcome Nozomi Okuhara in Women’s Singles and level the tie for Chinese Taipei. Japan’s Men’s Singles spearhead Kento Momota then shrugged off the loss of a game to Chou Tien Chen and handed the lead back to Japan, leaving it to Misaki Matsutomo and Ayaka Takahashi to complete the job in Women’s Doubles over Hsieh Pei Chen/Wu Ti Jung. Both China and Thailand tinkered with their combinations. China opted for Cai Yun/Fu Haifeng in Men’s Doubles, while Thailand chose Bodin Issara (left) to partner Pakkawat Vilailak. Issara stole the show with his athleticism and power; Cai and Fu were frequently under fire from Issara’s steep smashes, but Vilailak wasn’t quite as sharp and the Chinese were able to capitalise on the few openings they got. The 14-21 21-14 21-19 win set it up for the rest of the Chinese team to showcase their depth.

The closest contests of the day were in this sub-group. Czech Republic and Austria came away 3-2 winners over South Africa and Turkey respectively, with both ties on the edge until the last match.

Andries Malan and Willem Viljoen rescued South Africa from 1-2 down with a sensational win over Jakub Bitman/Ludik Milan. Despite trailing 16-19 in the third game, Bitman and Milan did not give up and even had match point, but the South Africans kept their noses ahead and finally won the match on their fifth match point: 21-16 8-21 26-24. Alzbeta Basova/Zuzana Pavelkova (above) sealed the tie for Czech Republic with a comfortable 21-13 21-11 result over Jennifer Fry/Sandra Le Grange.

Turkey fought off deficits twice to take their tie against Austria into the fifth match. Neslihan Yigit played the pivotal role for Turkey, winning her singles against Elisabeth Baldauf and then partnering Ozge Bayrak to beat Janine Lais/Nathalie Ziesig to make it 2-2. Bayrak returned immediately after for the Mixed Doubles with Ramazan Ozturk; the two were outplayed by Matthias Almer/Elisabeth Baldauf (featured image) 21-19 21-11.