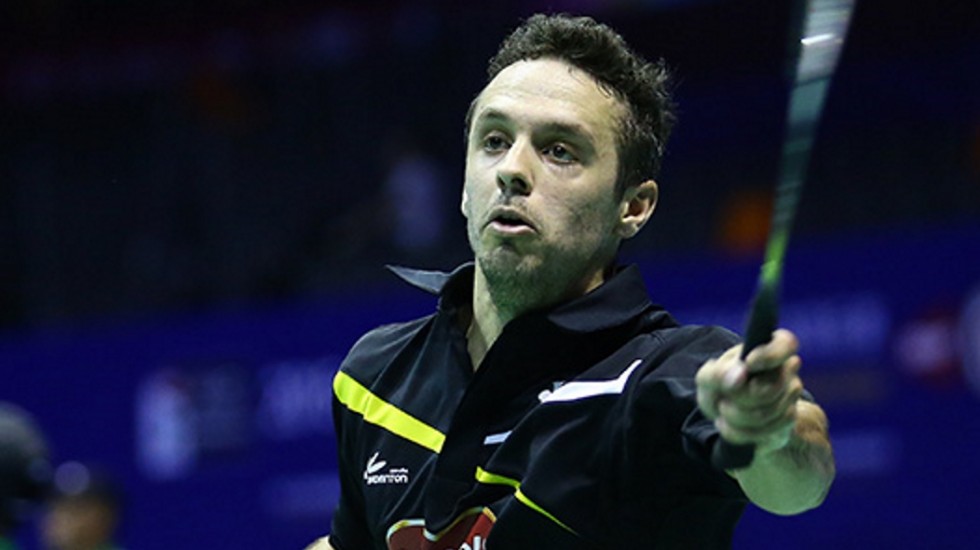 Netherlands’ strength in doubles helped them overcome Spain for their second successive sub-group 2A win in the Vivo BWF Sudirman Cup today.

Spain’s strategy in keeping World champion Carolina Marin only for the doubles didn’t quite come off. Marin partnered Pablo Abian in the opening Mixed Doubles and although they took a game off Jacco Arends and Selena Piek, they couldn’t stretch the Dutch in the third game.

However, Spain came back strongly in the singles. Ernesto Velazquez was involved in a fierce struggle with Mark Caljouw before the Spaniard emerged victorious, 21-12 21-23 21-19. However, the Dutch were too strong in both the remaining doubles events. Jacco Arends/Jelle Maas took just 29 minutes to get past Luis Enrique Penalver/Ernesto Velasquez, before seasoned Dutch Women’s Doubles combination Selena Piek/Eefje Muskens (above) stopped Carolina Marin/Clara Azurmendi, 21-8 21-16.

Hong Kong ran into an inspired France but still came away 5-0 victors. USA posted an authoritative 4-1 result over Brazil in the same sub-group. The only bright spark for Brazil was in the Men’s Singles. Ygor Coelho de Oliveira (below) dug deep to hold off Howard Shu in an hour-long match, 21-14 15-21 21-18, to bring Brazil level after they had lost the opening match.

Israel and Sri Lanka won their second matches in their sub-group.

Sri Lanka recovered from a 1-2 deficit to beat Kazakhstan in a tie that could have gone either way. After the first two matches were split, Veronika Sorokina prevailed in a tough contest over Lekha Handunkuttihettige to give Kazakhstan the lead. However, Sri Lanka’s Men’s Doubles pair of Mestiyage Don Dilina Gunatilleke/Nimmika Thisara brought them back into the contest. Handunkuttihettige and Rathnasiri Kapuru sealed the tie for Sri Lanka winning the Women’s Doubles over Ilyana Filipchuk/Veronika Sorokina, 21-14 21-16.

Israel had it rather easy over Seychelles. Misha Zilberman was once again in the thick of things, outplaying Kervin Ghislain in Men’s Singles and then combining with Ariel Shainski to beat Georgie Cupidon/Steve Malcouzanne.