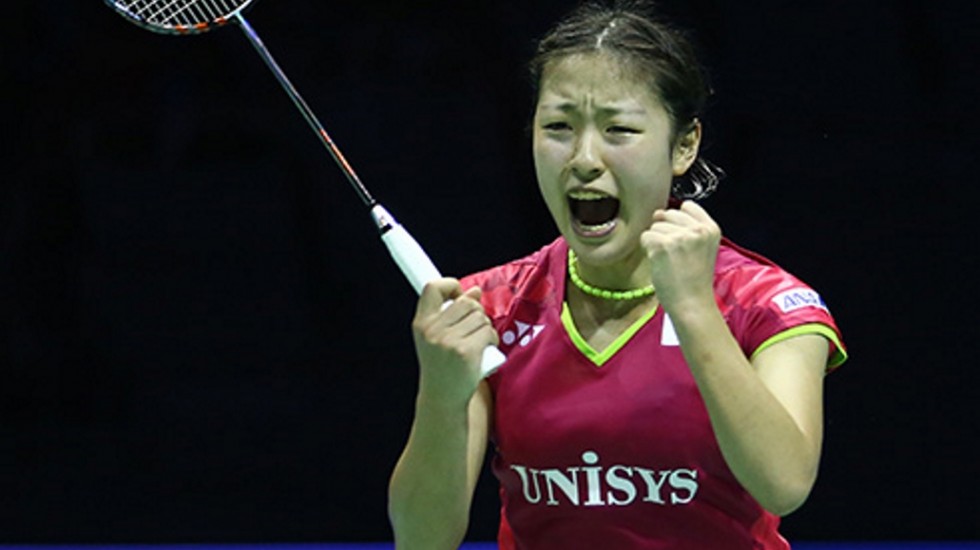 Okuhara’s typically combative Women’s Singles victory over Sung proved to be the pivotal moment for Japan in yesterday’s Vivo BWF Sudirman Cup semi-finals, helping them stay in the contest and setting the stage for the Women’s Doubles and Mixed Doubles pairs to ensure Japan made their third major team event final after the Thomas Cup and Uber Cup last year.

The evening finished with an upset, with the scratch combination of Kenta Kazuno/Ayane Kurihara powering past Ko Sung Hyun/Kim Ha Na to give Japan an opportunity to win a maiden Sudirman Cup. 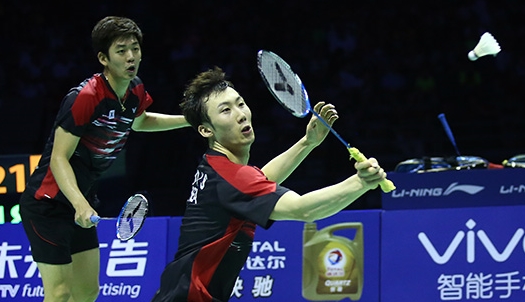 Lee and Yoo were unstoppable against Hirokatsu Hashimoto and Noriyasu Hirata. The Koreans scarcely put a foot wrong, getting more and more dominant as the match progressed. Hashimoto and Hirata were unable to hurt them on any count; with their impregnable defence, the Koreans were able to parry whatever the Japanese could come up with: 21-18 21-16. “We were initially a bit nervous since it was the opening match of the tie,” said Lee.

“But as the match went on our communication got better and we were able to pull through.”

With the in-form Kento Momota unavailable in Men’s Singles, a lot rested on the shoulders of Nozomi Okuhara. A defeat would have meant near-certain elimination.

All at sea in the beginning due to Sung’s long reach and steep shots, Okuhara (featured image) settled down to doing what she does best – chasing every shot until an opening could be found. Sung wilted towards the end due to the sheer persistence of the diminutive Japanese: 11-21 21-17 21-14.

Takuma Ueda replaced Momota but gave his higher-ranked opponent Son Wan Ho (left) a run for his money. Son was on relentless attack mode and that won him the first game with relative ease, but Ueda showed great heart to stay in the contest. The Japanese gained substantial leads but could not consolidate as Son continued to play his high-intensity attacking game. The contest lit up in the closing stages with incredible displays of athleticism from both players; Ueda saved one match point from an impossible position, flinging himself across the court to conjure a winner with Son prowling at the net, but committed a fault on the second: 21-9 22-20.

Japan’s Women’s Doubles duo of Misaki Matsutomo/Ayaka Takahashi (above) made a marked turnaround from yesterday. Having nearly blown Japan’s semi-final chances against a raw pair from Denmark, Matsutomo and Takahashi were all over Jung Kyung Eun and Chang Ye Na: 21-17 21-8.

On paper Korea had the advantage in the final Mixed Doubles match, as Japan fielded the scratch pair of Kenta Kazuno (No.164) and Ayane Kurihara (No.341) against world No.8 duo Ko Sung Hyun/Kim Ha Na. Kazuno, better known for Men’s Doubles, delivered on the big stage. Ko and Kim were blown away by the new combination (below) as Japan clinched its final place with plenty to spare: 21-14 21-15.

Japan will chase history on finals day, hoping to add to their men’s team Thomas Cup title, while China will aim for their 10th Sudirman Cup triumph.