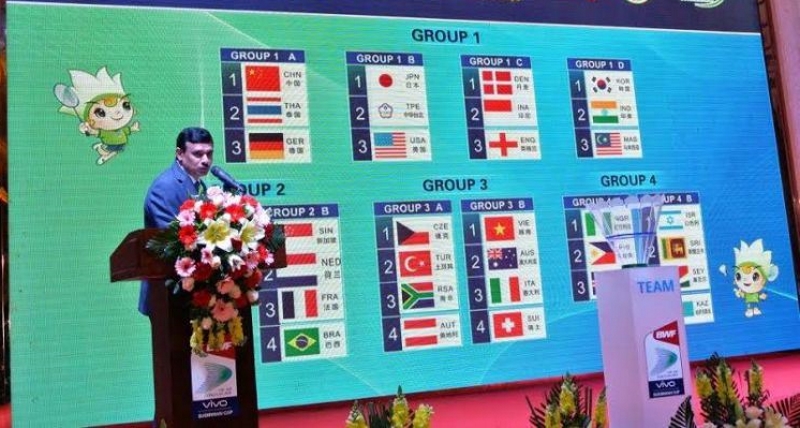 Defending champions China found themselves in a relatively easy group when the Vivo BWF Sudirman Cup draw was made today in Dongguan.

They are in Group 1A with Germany and Thailand and would expect to advance in the tournament. The top 12 teams in Group 1 have been split into four sub-groups. Japan, winners of the Thomas Cup and runners-up in the Uber Cup, are in Group 1B with Chinese Taipei and USA; Group 1C might well be the ‘group of death’ as it has three strong teams in Denmark, former champions Indonesia and England. Group 1D too could be unpredictable with three-time champions Korea, India and Malaysia. Teams in Group 1 will play two stages: group play-off followed by knockout. The top two teams from each sub-group will qualify for the knock-out, while the losing semi-finalists will be jointly ranked third.

China have been the most dominant nation in the Sudirman Cup, having won nine titles in 13 editions. Indonesia (once) and Korea (thrice) are the only other nations to have lifted the trophy. The Vivo BWF Sudirman Cup for the World Mixed Team Championships features 35 teams divided into four groups. Of these, the top 12 ranked teams in Group 1 will vie for the trophy, while the other teams (Group 2, Group 3, Group 4) will fight for ranking spots. The tournament will be held from 10-17 May 2015 in Dongguan, China.