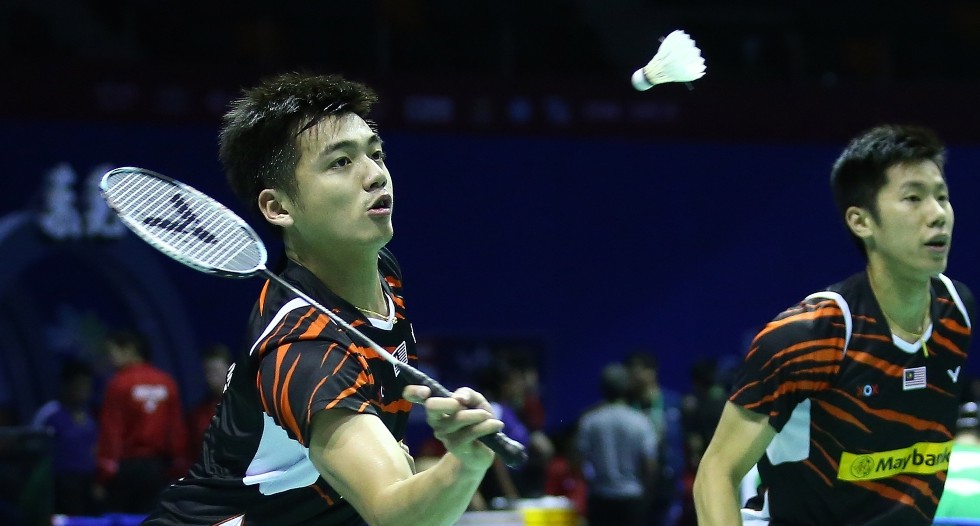 It was a rare victory in the mixed team format for Malaysia over powerhouses Korea, considering that it came after a season of lean pickings. The team victory was embellished by the successful return of superstar Lee Chong Wei from an eight month absence, with the former No.1 winning his Men’s Singles match and helping Malaysia fashion the unlikely win.

The upset was set up by Men’s Doubles pair Goh V Shem and Tan Wee Kiong, who played beyond expectations to thwart world No.1 duo Lee Yong Dae/Yoo Yeon Seong in the opener.

Denmark pulled off a surprise win over England despite being weakened by the absence of the top doubles stars. After Chris Adcock and Gabrielle Adcock gave England the lead, beating Mads Pieler Kolding/Sara Thygesen 21-18 21-18 in the Mixed Doubles opener, Denmark fought back through Viktor Axelsen who eased past Rajiv Ouseph. Mads Conrad-Petersen/Mads Pieler Kolding then made it 2-1 beating Chris Adcock/Andrew Ellis 21-17 21-17 before Line Kjaersfeldt sealed the tie for Denmark with a 21-14 21-13 victory over Fontaine Mica Chapman.

Hong Kong had little trouble in blanking Brazil 5-0 in sub-group 2B. The lone bright spot for Brazil was Alex Yuwan Tjong, who surprised Hu Yun by taking the first game. However, the Hong Kong veteran fought back to a 8-21 21-17 21-17 victory to make it 3-0 for his team.

France overcame a strong challenge from USA in their sub-group 2B encounter. After Ronan Labar/Emilie Lefel (Mixed Doubles) and Brice Leverdez (Men’s Singles) had made it 2-0 for France, Rong Schafer pulled one back for USA over Delphine Lansac (Women’s Singles). The Men’s Doubles duo of Baptiste Careme/Ronan Labar clinched the winning point for France, beating Phillip Chew/Sattawat Pongnairat 21-11 21-15.