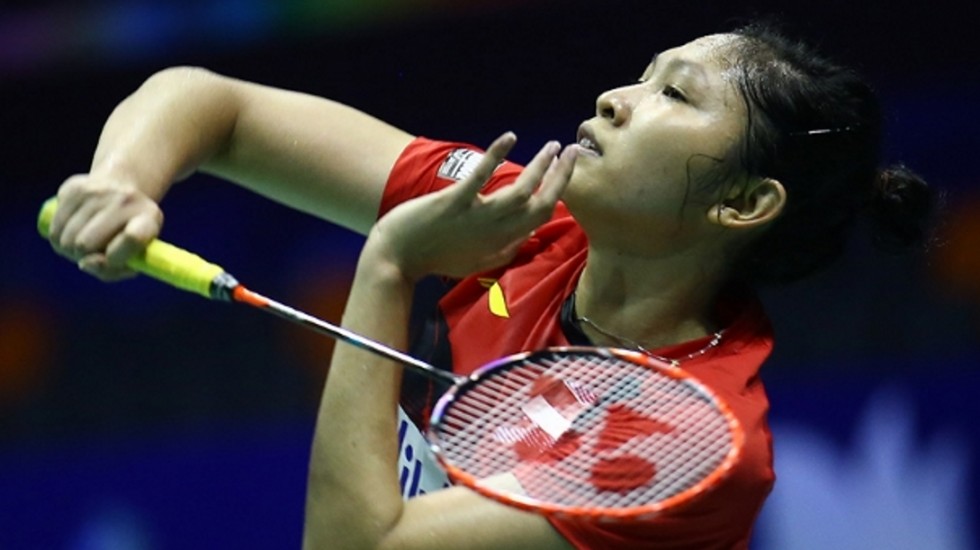 Indonesia and Malaysia chalked up contrasting victories in the Vivo BWF Sudirman Cup at the Nissan Sports Center yesterday.

Malaysia rode a difficult challenge from India to top sub-group 1D and make the quarter-finals, while Indonesia had less trouble against England in 1C.

Just as they had in their opening tie, it was the Mixed Doubles pair of Chan Peng Soon/Goh Liu Ying that ensured victory in the fifth match for Malaysia. Chan/Goh were too strong for Arun Vishnu/Sikki Reddy as they registered a 21-14 21-18 result to see Malaysia through. quelling Manu Attri/Sumeeth Reddy 21-15 21-16. India’s Women’s Singles star Saina Nehwal was expected to have no trouble against Tee Jing Yi, but for much of the first game it was the Malaysian who called the shots. Nehwal was frequently in trouble against her big-hitting opponent and had to save three game points before she cruised through in the second.

Kidambi Srikanth was expected to be a formidable challenger for Lee Chong Wei (right). However, the former world No.1 showed that the eight-month layoff hadn’t dented any of his skills. He was particularly impressive in cutting off the points quickly, preventing Srikanth from gaining any momentum. Moving fluidly and smashing precisely, Lee wrapped up the match in 40 minutes.

“He is a difficult opponent; he is world No.4 and one of the most promising players,” said Lee.

Talking of his time away from the court, Lee said it had been a difficult period.

“I thought of giving up the sport, but I had the support of my fans and family. I want to attend the next Olympics. That will cover 16 years of my career; it’s difficult for anyone to play that long. It will take time for me to get back to my best.”

India were back level after Jwala Gutta and Ashwini Ponnappa avenged their Commonwealth Games defeat against Vivian Hoo/Woon Khe Wei in an entertaining battle, 21-18 19-21 21-15, before Chan/Goh won the tie for Malaysia in the fifth match. England’s campaign ended with their second defeat as they fell to Indonesia 3-2, but the contest wasn’t as close as the final score suggested. Mohammad Ahsan/Hendra Setiawan expectedly gave Indonesia the lead in Men’s Doubles; Lindaweni Fanetri made it 2-0 with a quick defeat of Fontaine Mica Chapman (above) in Women’s Singles.

Indonesia’s frailty in Men’s Singles was exposed with the young Jonathan Christie was outplayed by Rajiv Ouseph, but the Indonesians sealed the tie when Heather Olver/Lauren Smith retired after the first game against Greysia Polii/Nitya Krishinda Maheswari.

England picked up a consolation win in the final match, with Chris Adcock/Gabrielle Adcock powering past Tontowi Ahmad/Liliyana Natsir in a surprise 21-17 21-18 verdict. Singapore won their second tight tie in a row, beating Canada 3-2. The upset of the tie came in the third match with the teams tied at a point apiece. Singapore’s Danny Bawa Chrisnanta/Chayut Triyachart were stunned by Adrian Liu/Derrick Ng (above) 21-18 10-21 21-18 (Men’s Doubles), and with Michelle Li easily winning her Women’s Singles over Liang Xiaoyu, Canada were on track for an upset.

Vietnam had some trouble disposing off Switzerland’s challenge. The only point for Switzerland came through Sabrina Jaquet, who won her Women’s Singles contest 21-15 21-12 over Vu Thi Trang to take the Swiss level after they had lost the opening Men’s Doubles match.

Veteran campaigner Nguyen Tien Minh made it 2-1 for Vietnam beating Christian Kirchmayr 21-9 21-8. The closest match of the tie was in the Women’s Doubles. Nguyen Thi Sen/Pham Nhu Thao and Cendrine Hantz/Sabrina Jaquet were locked in a tense contest from 14-all in the third, with not more than a point separating the two. The Swiss saved one match point but could not prevent the Vietnamese from converting the second: 18-21 21-15 23-21.