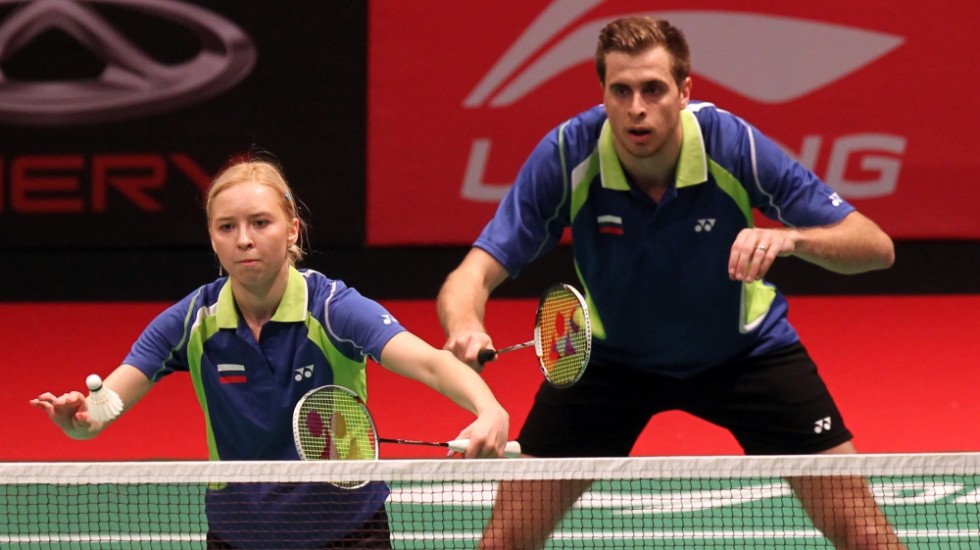 Scotland triumphed over the Netherlands in a pulsating battle to determine the Level 2 championship in the Li-Ning BWF Sudirman Cup tonight at Putra Stadium.

Fittingly, the tie of the day was for Level 2 honours between Scotland (centre bottom; team photo) and the Netherlands. Both teams were unbeaten in their group games, and the contest lived up to expectations. Robert Blair and Imogen Bankier drew first blood for Scotland over Ruud Bosch/Selena Piek in Mixed Doubles, 21-5 21-16. However, the experienced Eric Pang brought the Dutch back into the contest, overcoming Kieran Merrilees 21-13 21-16 in Men’s Singles.

The next two fixtures were closely fought. Scotland’s Kirsty Gilmour took the first game against Patty Stolzenbach 21-16, but her opponent equalised by winning the second. Stolzenbach nearly took the third with a 19-15 lead, but Gilmour fought to 19-19, and the contest swung either way, with both players having a match point, before Gilmour wrapped it up 21-16 14-21 24-22.

The Men’s Doubles was even more competitive. Koen Ridder/Ruud Bosch took the first game against Robert Blair/Paul Van Rietvelde (centre below) 21-17, and nearly won the match for the Netherlands with a 19-17 lead in the second game, but the Scots refused to give in and edged past their rivals 22-20.

The third game was a heart stopper. The Netherlands again had a huge advantage at 19-13, but miraculously, the Scots repeated their comeback heroics feat, snatching the next seven points. They saved an amazing six match points – the Dutch saved three – before Blair and Rietvelde wrested the match – and tie – 17-21 22-20 30-28.