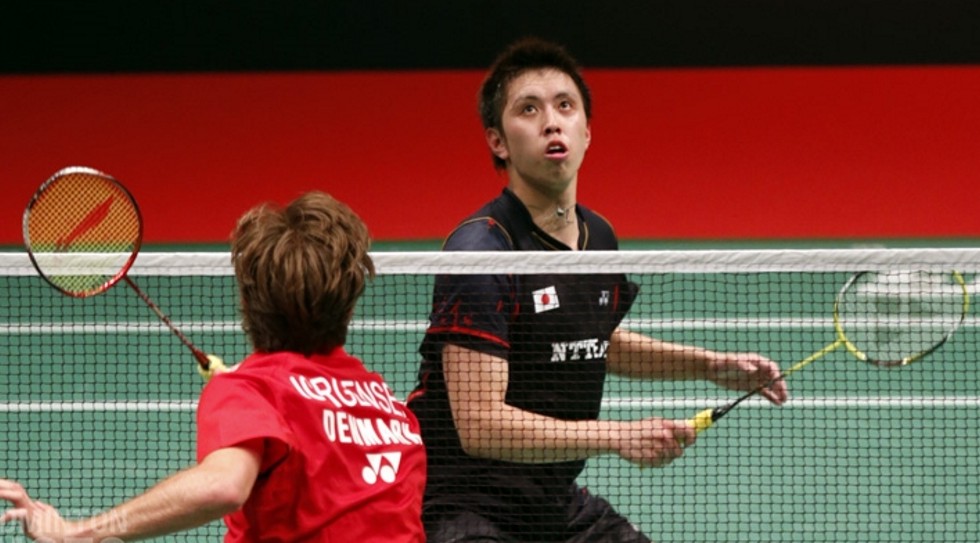 China’s formidable line-up of champions overpowered Indonesia in the final round-robin game of Level 1 Group A. Ukraine got the better of Sri Lanka 4-1; New

The Japan-Denmark tie see-sawed with Denmark taking the lead after the first and third matches, only for Japan to equalise. After Denmark’s Mixed Doubles pair of Joachim Fischer Nielsen/Christinna Pedersen had given them a 1-0 lead by beating Hirokatsu Hashimoto/Miyuki Maeda, recent India Open runner-up Kenichi Tago (featured image) played a superlative match to beat Jan O Jorgensen to help Japan to 1-1. Both Jorgensen and Tago saved three match points each before the Japanese won the Men’s Singles encounter 13-21 21-19 27-25.

Indonesia were able to stretch China in the first two matches, but the eight-time champions survived both tests and then shut out their challengers in straight games in the remaining three rubbers.