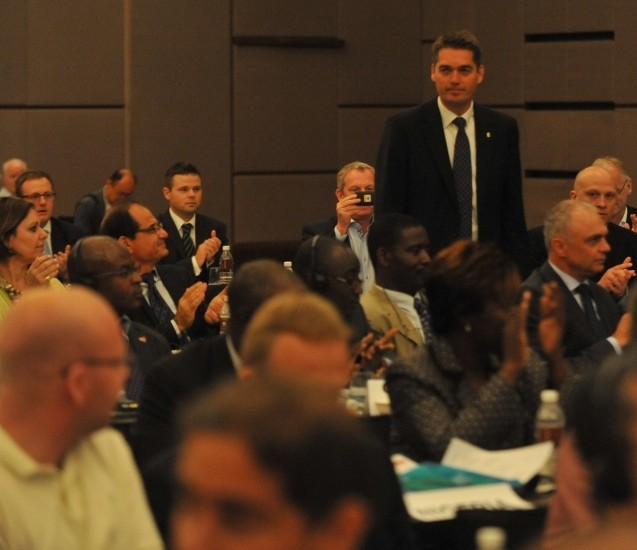 Poul-Erik Hoyer of Denmark is the new President of the Badminton World Federation.

The 1996 Olympic Men’s Singles gold medallist defeated his lone rival, Dr. Justian Suhandinata of Indonesia, in this morning’s vote by the BWF membership at the Annual General Meeting in Kuala Lumpur, Malaysia.

Hoyer polled 145 votes to Dr. Suhandinata’s 120. There was one spoilt ballot.

Dr. Suhandinata was among the first to congratulate the new president in the presence of all the delegates attending the meeting from more than 150 of the BWF’s 179 Member Associations.

PHOTO: Poul-Erik Hoyer (left, below) accepts congratulations from Dr. Justian Suhandinata whom he defeated for the presidency of the Badminton World Federation.