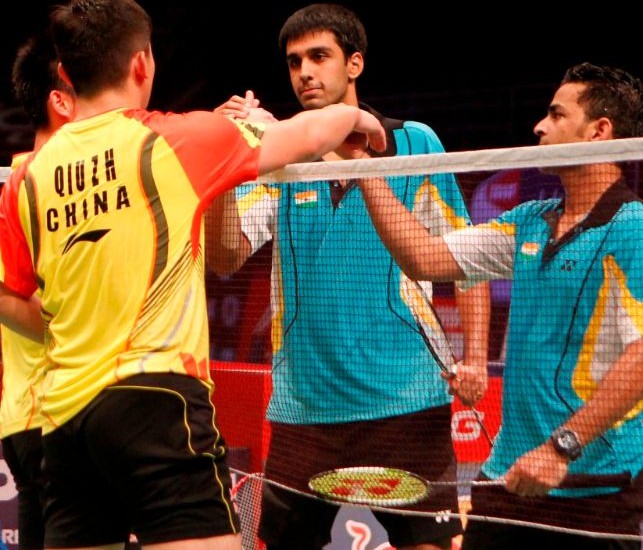 Cup at Putra Stadium in Malaysia.

Other winners in the opening session included Denmark, the Philippines, Scotland and Sri Lanka.

The closest tie was the Level 3 Group A clash between New Zealand and the Philippines. The lead shifted between the countries, with the Philippines eventually coming from a game down to win the final rubber. New Zealand went 1-0 up when brother-sister combo, Oliver Leydon-Davis/Susannah Leydon-Davis (top left), won the Mixed Doubles over Mark Pranaav Jerry Chopra/Akshay Dewalkar fought well as they dominated the early proceedings against All England and India Open champions Qiu Zihan/Liu Xiaolong in Men’s Doubles (BWF home page). Eventually, the Chinese took the first game 25-23 and held off the Indians in the second (21-18) to seal the tie for the Sudirman Cup holders (China: team photo below).

The other Level 1 match featured Denmark easing past Singapore, 4-1. Meanwhile, in Level 3 Group A, Sri Lanka held off a combative Turkey 3-2. Scotland upset Russia 4-1 in the final afternoon match in Level 2 Group A.