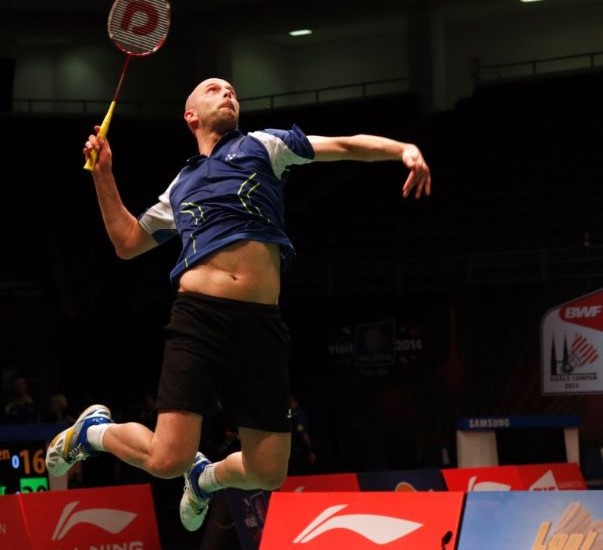 Scotland topped Level 2 Group A with their third win in as many ties – defeating Sweden 3-2 at the Li Ning BWF Sudirman Cup this evening.

Russia finished second in the same group with a 4-1 defeat of USA. In Level 3 Group B, Australia got past Switzerland 3-2, while Lithuania were comfortable winners over Kazakhstan 4-1.

Scotland were briefly troubled by Sweden. After the Scots went 1-0 up with a Mixed Doubles win – Robert Blair/Imogen Bankier beating Nico Ruponen/Amanda Hogstrom 21-16 21-16 – Sweden fought back to make it one-all in Men’s Singles, thanks to Gabriel Ulldahl’s 21-10 21-16 victory over Kieran Merrilees. However, Scotland reasserted their dominance in the next two matches, sealing the tie 3-1. Kirsty Gilmour took 29 minutes to wallop Ellinor Widh 21-16 21-9, and then Blair (featured image) returned to partner Paul Van Rietvelde in Men’s Doubles. Blair/Rietvelde were too good for Patrik Lundqvist/Jonathan Nordh in a 21-19 21-16 result.

Russia were expected to beat USA and they did so without fuss. They eased to a 4-0 lead before USA got a consolation win in Women’s Doubles – Eva Lee and Paula Lynn Obanana beating Tatjana Bibik/Anastasia Chervaykova 21-12 21-16.

The Australia-Switzerland tie in Group B (Level 3) was well contested, with the first two matches going to three games. Glenn Warfe/Raymond Tam (below) blew three match points in the second game, but eventually conquered  Florian Schmid/Gilles Tripet 21-15 20-22 21-13 in Men’s Doubles.