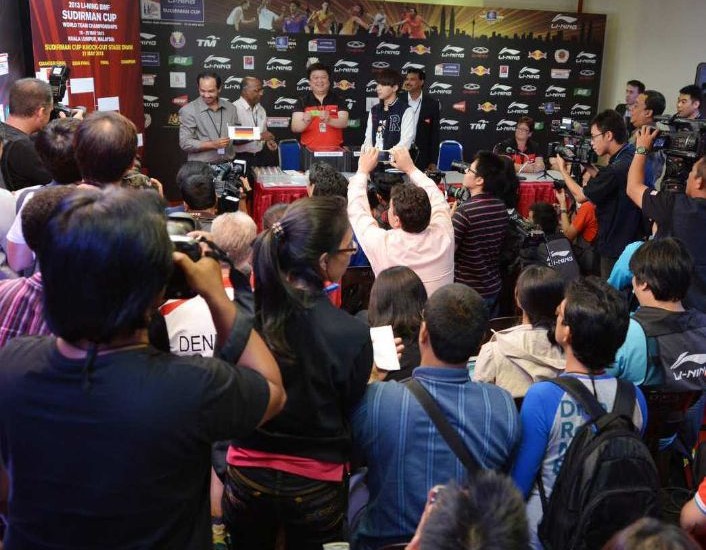 Following the high drama of the Malaysia-Germany shoot-out last night, the knockout phase of Level 1 of the Li-Ning BWF Sudirman Cup is set.

The eight squads advancing in the top tier of the Mixed Team tournament have a day off today before their battles resume tomorrow. However, team officials, media and even some players waited for the knockout draw at Putra Stadium after the on-court fireworks to learn who would be pitted against whom when the Level 1 quarter-finals get underway tomorrow afternoon.

First up will be China versus Indonesia and surprise package Germany against Korea – both ties starting at 12 noon.

Defending champions, China, are targeting a record ninth success and so far look untroubled, brushing aside both India and Indonesia 5-0 in the round-robin ties. Korea too have looked smooth with 4-1 and 5-0 victories over Hong Kong China and Thailand respectively. Japan had a tougher battle to win their group but eventually took the honours with 5-0 and 3-2 conquests of Singapore and Denmark respectively.

Chinese Taipei shone in the group that included Malaysia and Germany, first ousting the hosts 3-2 before blanking the European champions 5-0. The Germans grabbed their lifeline against the hosts who failed to live up to their pre-event billing.

Come tomorrow, all the teams will have to bring their best to have a say in the outcome of the Li-Ning BWF Sudirman Cup.

* Action in Levels 2 and 3 of the Li-Ning BWF Sudirman Cup 2013 continues today. Click here for the schedule and results.