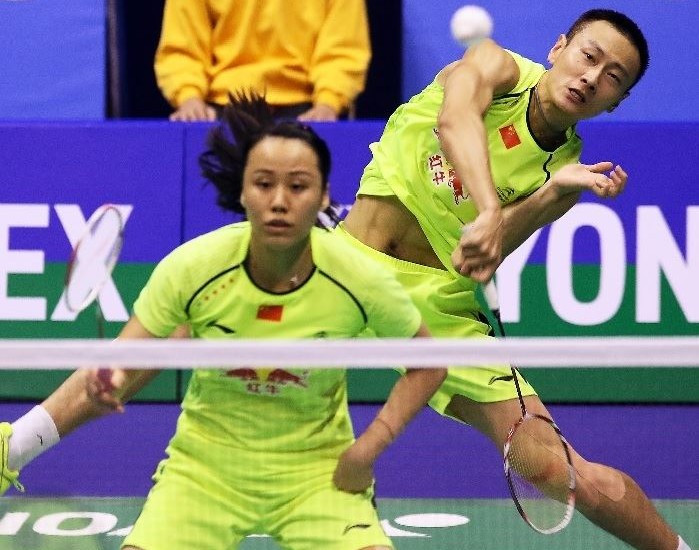 China’s quest for a tenth title; the rise of Japan’s Kento Momota; missing stars from Denmark’s line-up and the return of Malaysia’s Lee Chong Wei – these will be among the leading storylines in the upcoming Vivo BWF Sudirman Cup 2015.

Dongguan, China, seeking glory for their respective nations. While the 12 top-ranked teams in Group 1 fight for the Sudirman Cup – a 22-carat gold-plated solid silver trophy – other countries will battle for divisional honours. Line-ups containing the world’s top exponents augur well for some amazing badminton during the week-long event.

The adage that “a year is a long time” must strike a particularly hard chord with Kenichi Tago (below) right now as the inspirational spearhead from Japan’s incredible Thomas Cup triumph last year has been dropped from national selection. The once prominent Men’s Singles player has looked a shadow of himself since his heroics in Delhi last May while, by contrast, his young team-mate and worthy Thomas Cup understudy, Momota, has flourished. The fact that the latter recently achieved a feat which has eluded Tago – winning a BWF World Superseries title at the OUE Singapore Open – seems to have echoed loudly. Meanwhile, there will be heightened curiosity around the form of Malaysia’s Lee Chong Wei, returning from an eight-month sanction for an anti-doping regulation violation. Malaysia are in a tough sub-group (1D) with Korea and India and the team would be relieved at the former Men’s Singles world No.1’s eligibility. The country’s badminton fortunes have plummeted seriously, although its men were within a whisker of winning last year’s Thomas Cup. Apart from Lee, the Malaysians will pin their hopes on Commonwealth Games champions: Goh V Shem/Tan Wee Kiong (Men’s Doubles) and Vivian Hoo/Wooh Khe Wei (Women’s Doubles). Re-emerging Mixed Doubles pair Chan Peng Soon/Goh Liu Ying (below) made a promising comeback at the Bonny China Masters last month, thus giving the side some balance.

India have depth in the singles – K Srikanth, HS Prannoy and Kashyap Parupalli in the men’s and Saina Nehwal and PV Sindhu in the women’s – but are vulnerable in the doubles. Given the resources they enjoy, Korea have a great opportunity not only to top this sub-group but to challenge for the title: Son Wan Ho (Men’s Singles); Sung Ji Hyun and Bae Yeon Ju (Women’s Singles); Lee Yong Dae and Yoo Yeon Seong (Men’s Doubles), apart from a clutch of other doubles specialists.

Due to a sponsorship conflict with their member association, some of Denmark’s top doubles stars have been overlooked for the Sudirman Cup. The loss of Mathias Boe, Carsten Mogensen, Joachim Fischer Nielsen, Christinna Pedersen and Kamilla Rytter Juhl have endangered the European champions’ chances of advancing from sub-group 1C. The new-look Danes, though still strong in Men’s Singles and Men’s Doubles, are vulnerable to both Indonesia and England. Defending their title at home, plus the added incentive of securing a tenth Sudirman Cup conquest, gives China’s big guns like Chen Long, Lin Dan and Zhang Nan/Zhao Yunlei (featured image) much to play for as they start out versus Germany and Thailand in sub-group 1A. The notable omissions from their full complement of 20 players are Women’s Doubles specialists Tian Qing (Olympic and World champion), Tang Jinhua and twins Luo Ying/Luo Yu. Zhao is expected to focus on Mixed Doubles so Women’s Doubles duties will be shouldered by Ma Jin, Bao Yixin, Tang Yuanting and the durable combination of Yu Yang/Wang Xiaoli. Thailand has a decent all-round squad, including a clutch of Women’s Singles stars like Ratchanok Intanon, Busanan Ongbumrungpan and Nichaon Jindapon. Their inclusion of the rehabilitated Bodin Issara is an interesting twist and it’s left to be seen if the doubles player features in their quest. Germany’s reputation as spoilers – having ousted Malaysia in the group phase in Kuala Lumpur in 2013 – will be tested in the opening salvos against the Asian powerhouses.

Both the sub-groups in Group 2 are evenly matched. Sub-group 2A has Singapore, Netherlands, Canada and Spain, while 2B has Hong Kong, USA, France and Brazil. Netherlands, with its strength in the paired events (Jacco Arends, Selena Piek, Eefje Muskens) in 2A and Hong Kong (Hu Yun, Wong Wing Ki, Chan Yun Lung/Tse Ying Suet) in 2B might well be the teams to watch. With players like Canada’s Michelle Li (left) and Carolina Marin (Spain) featuring in this group, there won’t be a dearth of high-quality action. The one prominent team missing in the group is Scotland, which won Group 2 in the last edition of the Sudirman Cup. The team did not send its entry.

At 58 years old, Mathew Fogarty of the USA is the oldest athlete in the tournament and no doubt this personality’s participation will garner some attention for his team. Vietnam, powered by names such as Nguyen Tien Minh and Vu Thi Trang, will be favourites to top Group 3 which they won two years ago, but they face stiff competition. Czech Republic, with veterans Jan Frohlich and Petr Koukal, and Turkey (Neslihan Yigit and Ozge Bayrak) are the other teams favoured to make an impact. Australia’s young team, featuring Daniel Guda, Sawan Serasinghe and Gronya Somerville, will also be keenly watched. Group 4 consists of Nigeria, Philippines and Iceland in 4A and Israel, Sri Lanka, Seychelles and Kazakhstan in 4B. Victor Makanju (above) and Grace Gabriel lead Nigeria’s challenge, while Israel will count on Misha Zilberman to inspire them. Interestingly, Misha’s mother Svetlana Zilberman, all of 56 years of age, will do battle alongside her son.